Standard by artdirection June 14, 2022 No Comments 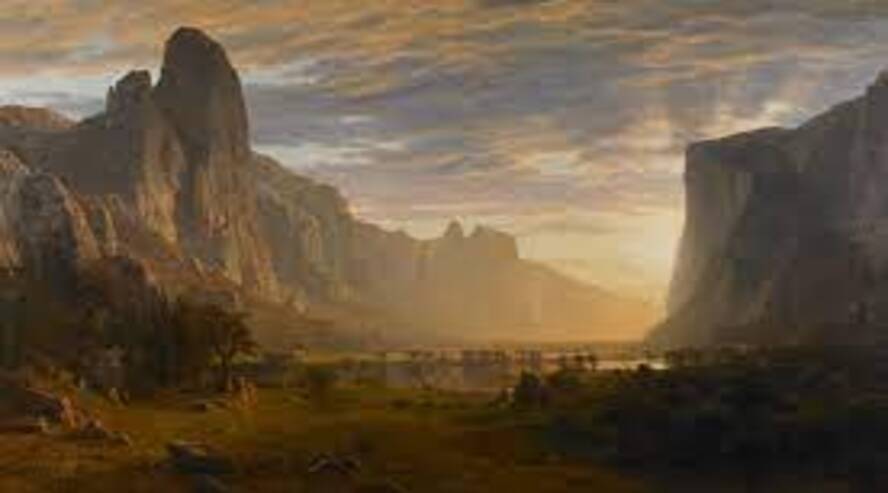 Albert Bierstadt’s Looking Down Yosemite Valley From 1865 Is A Highlight Of The Museum’s Collection Of American Paintings.

When Albert Bierstadt visited Yosemite Valley in 1863, he was in awe of the scenery there and decided to create a sketch of it. He then went back and started painting this sketch, and it soon became one of the greatest artistic paintings in Australia and the world.

Albert Bierstadt created a beautiful painting of the Yosemite Valley from the viewpoint of the Merced River. The beautiful scenic location is cleverly visualised in this painting, a world-famous site in America. Besides the valley and the surrounding greenery, the painting also has El Capitan on the right and Middle Cathedral Rock at a distance.

You can feel the peaceful environment of the surroundings and the beauty of nature of Yosemite Valley. This is what Bierstadt was trying to depict as he wanted to show the true natural beauty of the area for which he became quite well-known.

He attracted many people to this touristy spot and made it even more popular than before. People worldwide came to see this vantage point after he painted this majestic and peaceful portrayal of this natural environment.

Yosemite Valley is filled with national landscapes, waterfalls, giant sequoia groves, lakes, mountains, clear streams, granite cliffs, biological diversity, meadows and glaciers. It has been inhabited for a long time, and people love to live in this lap of nature where beautiful trees and greenery make a picturesque abode for anyone.

These scenic vistas are what people can see clearly in this art form, which brings to life the area’s natural beauty. It shows how when you see things from a different perspective, they could look completely different and new. This is the viewpoint he brought with this painting as he showed the view that he had seen the Yosemite Valley from and which people began to look for when they went there.

His sketch transformed into a fantastic painting that has been acknowledged and revered by fellow artists and global art connoisseurs. Albert Bierstadt wanted to create a landscape painting of a majestic and natural dimension, and he did so successfully with this painting of the Yosemite Valley in America.

If you are interested in more of the landscape paintings that are great art and culture idioms of this artist, you can check out:

These and other works are renowned worldwide and are great depictions of natural wonders in the world and must be seen.