Standard by artdirection February 2, 2017 No Comments 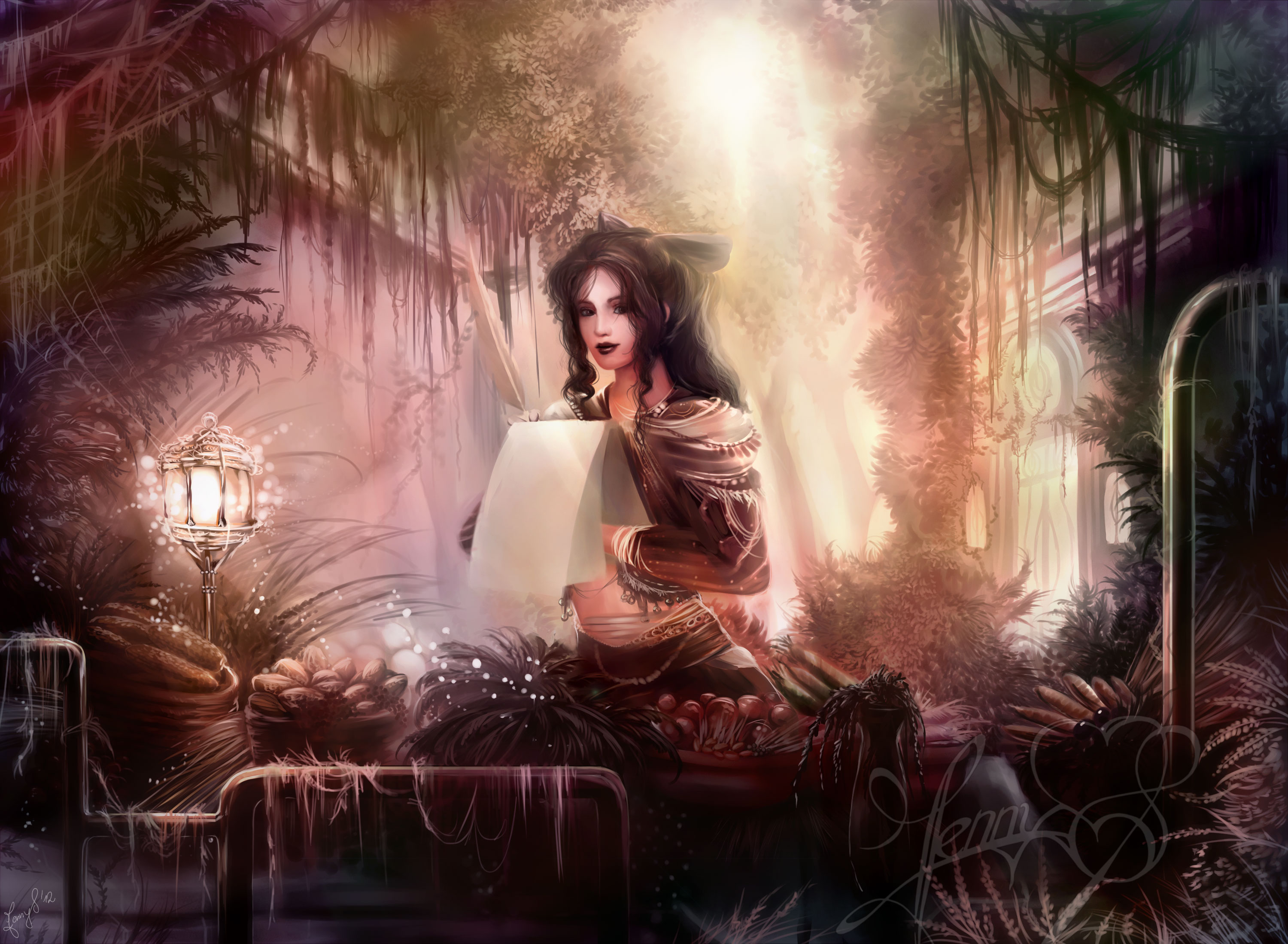 An illustration of one of my favourite video games: Baten Kaitos.
This game doesn’t get as much attention as it derserves. It’s quite old by now, but still a very cute and nice game with an interesting storyline, so this is my tribute to it ^^

Oh, by the way, is there someone who owns the second game Baten Kaitos Origins (US version) and wants to sell it?
I’d like to buy it, but they don’t sell it in Germany and Amazon kind of hates me, because they won’t ship it to Germany…

It shows one of the markets you can buy or sell your items, so nothing really spectacular at all, but I really like the atmosphere of the game and its design, so I decided to paint it and add some of my own ideas to it.
Kept most of the surreal anime style and mixed it with own style.
The game is quite colorful and the style really blurry.
Original character belongs to Namco.

The painting took me about 9 hours all in all, as reference I used the original situation in the game.